Let us finally understand `var`, `let` and `const` in JavaScript!

Ever wondered why people use different methods to declare a variable in Java Script? Or, did you ever used var / let / const to declare a variable and don't know what it actually mean but just for the sake that its working fine in that context? If so, you are probably at a right place. Don't worry, I was in this situation before and that is why I am writing this article in first place XD!

So, today let us try to understand the differences between different ways to declare variables using var, let and const. 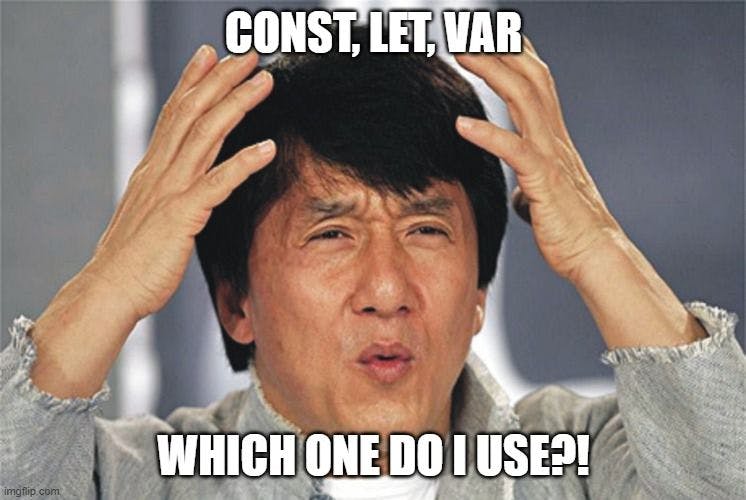 The release of ES2015 in 2015 introduced two new keywords, let and const, which are important block-scoped variables in JavaScript. Until that point, a variable was declared in JavaScript by using the var keyword. 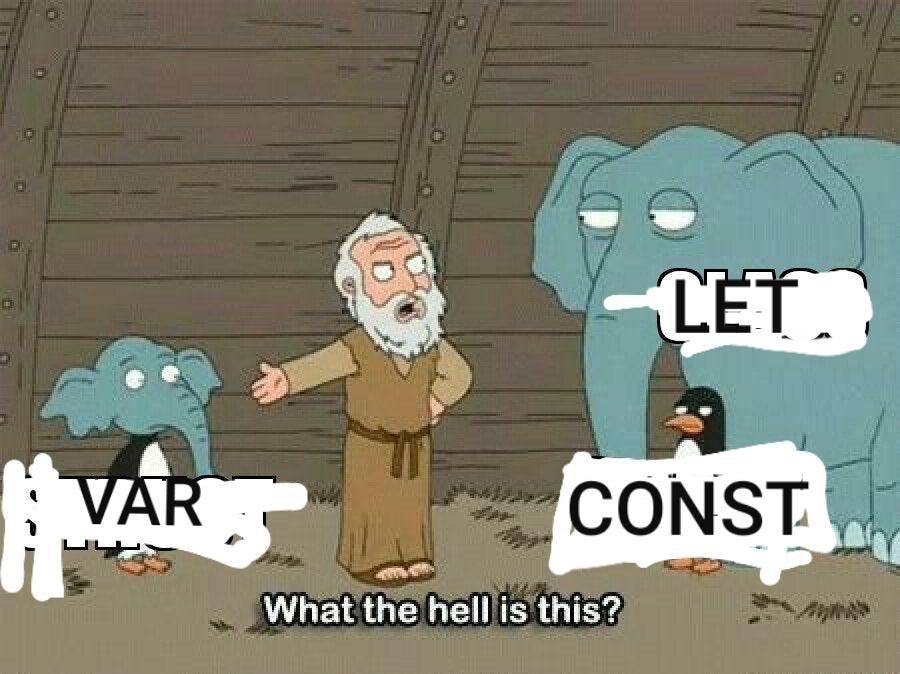 Before I dive into the core explanation with differences, here is the TR;DR; version of it.

As we know, its the only way to declare variables in JavaScript before 2015. But it has some issues:

Function Scope: It means, the variable is available to access within a function where it is defined.

It’s quite similar to var keyword, the difference is that it has block scope.

Block scope: is anything between curly braces { } like: functions, if statement, loops or anything. Variable declared in block scope remains available only in this scope.

Here’s some benefits you have when you’re using let keyword:

It also has block scope like let keyword. It has all benefits that let keyword has except for one:

Beware when you’re dealing with arrays and objects while using const keyword because:

Let's start with a piece of code

If we run this code:

As you can see, the text which was assigned to varVariable that is Var Variable - This is true is being logged in console, because that variable has the global scope in this case as there is no function wrapping it.

On the other hand, the text which was assigned to letVariable that is Let Variable - This is true is not logged outside if block. Because, let variables are block scoped, you can only access in the same block that you have assigned it and not outside of it. The same thing can bee understood from the error message which says Uncaught ReferenceError: letVariable is not defined.

So, if you keep the console.log(letVatiable) in the same if block, then you can able to see the data, as you can see in the picture.

When it comes to const, it will act same like let. But there is a small difference which we will look into later. Example of using const is given below:

if we run the above code:

Another thing that is a problem for var is that we can re-assign var variables multiple times by re-declaring them.

In the above code-snippet, we are trying to re declare the same var variable with some other value, that is This is false. If we run it:

It has completely re defined the varVariable.

But if we do the same with let variable, things will be little bit different. For example if we try to re declare the same variable like this:

We are getting an error saying Uncaught SyntaxError: Identifier 'letVeriable' has already been declared.

This is actually the biggest problem with var. Because it allows you to override variables accidentally. Normally, when we declare variable with a keyword, weather it is var, const or let, we must be thinking that that is the fist time we are declaring it. Let takes care of this problem and wont let you declare another variable with the same name.

Another way that actually var and let will be differed is that, var allows us to access the variable / use the variable before we actually declare it. For example:

In the above image, we are console log-ing the varVariable before we declare it in the next line. Instead of giving an error, it is printing undefined. This means it already knows that the variable already exists somewhere after it.

But let and const does not work this way. For example,

let and const will work exactly the same way except that const will not allow us to initialize the same variable with new value.

For example, we have a piece of code as below where we want to re initialize the same const and let variable with different values

as you can see we are getting an error saying, Uncaught TypeError: Assignment to constant variable..

That means, if we have initialized a const variable, the value value of it cannot be changed at any point of time by re-initializing it. That variable becomes constant. And this is the only way that const differ from let and it exactly same as let otherwise.

But, one thing to keep in mind that, const does allow us to change a property in an object, if the const variable is an object.

For example, if our const variable is an object containing some key-value pairs, then we can modify any value using its corresponding key.

So, from above image we can conclude that:

const only prevents us from changing the actual value by re assigning the value to a different value, but not actually changing the different properties in that value.

These are the difference between var, let and const keywords. I recommend using only const for declaring your variables most of the times because of avoiding accidental changes to already assigned variable. Sometimes if we need to re-initialize a variable after declared, like in loops we can use let to declare variables.

Hopefully you have understood the clear picture of how different ways of declaring variables in JavaScript works.

If this article helps you, please share it with your friends whom you want to help understanding it. And as always, you can provide your thoughts n the comments below!