Today, we will learn about Memory Management and how Garbage Collection works in JavaScript.

What is Garbage Collection (GC)?

When you declare a variable, an object, an array or a function, all are stored somewhere in the memory. Assume that you have an Object A. When your program starts, a location is created and data stored in this location, lets say the location is Location A. So now the Object A which has some data and stored in the previously created location Location A, in between there might be some read/write operations. 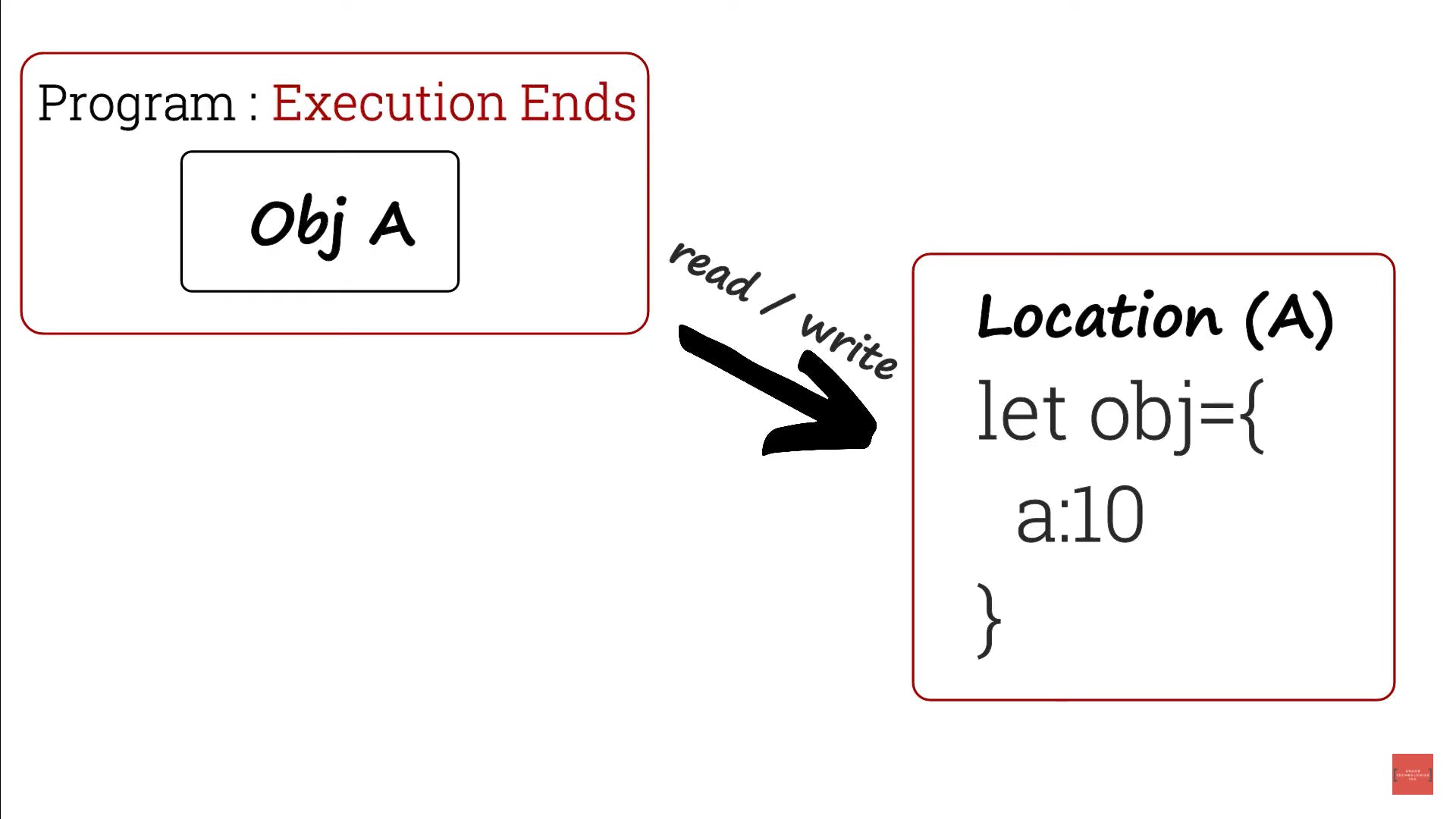 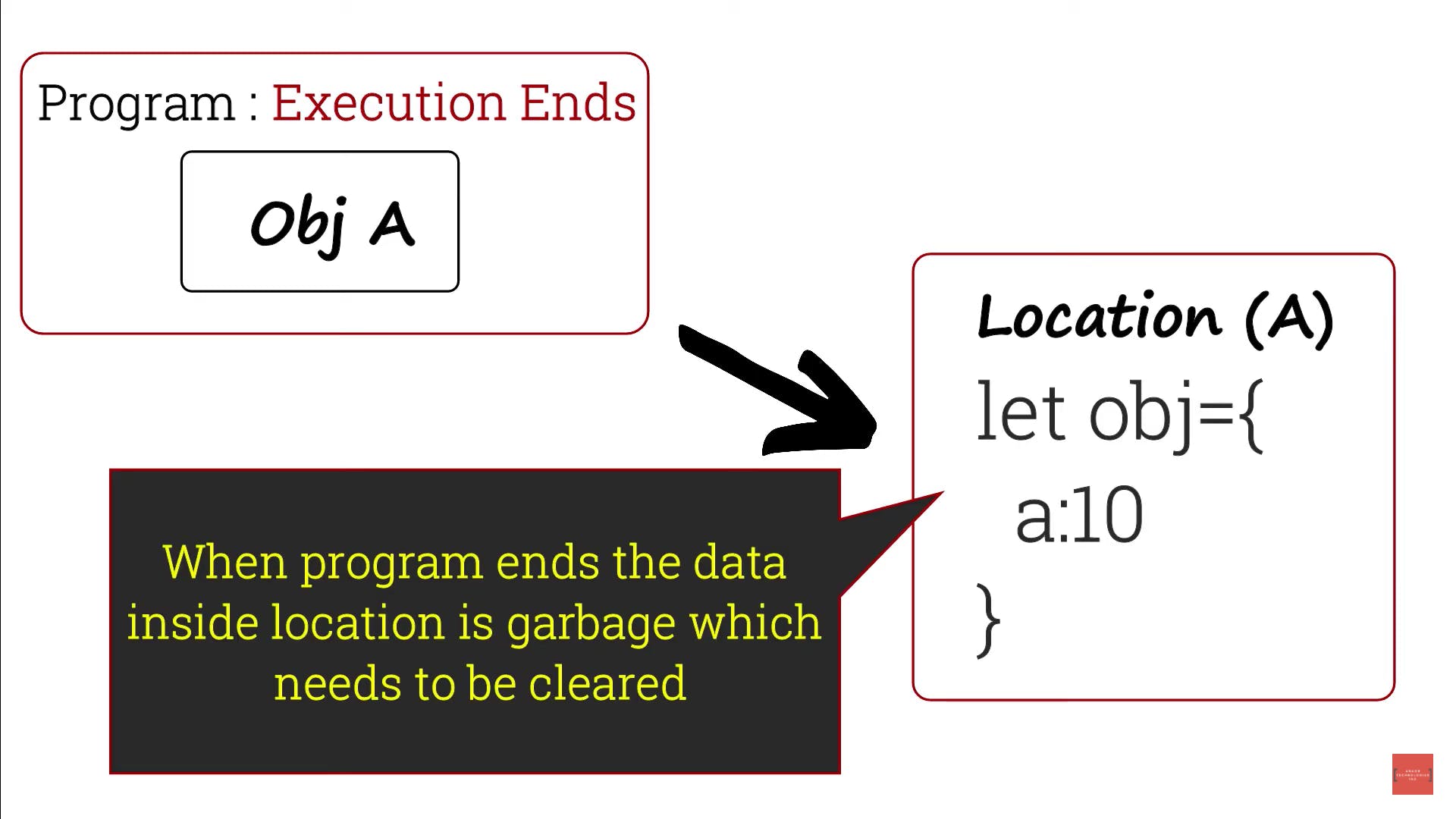 What is Memory Management

Normally, Memory Management or Memory Lifecycle can be thought of like this - You have lets say an object, a variable or a function, there is an allocation of memory happens first, then there might be some read/write process happens till the program ends. 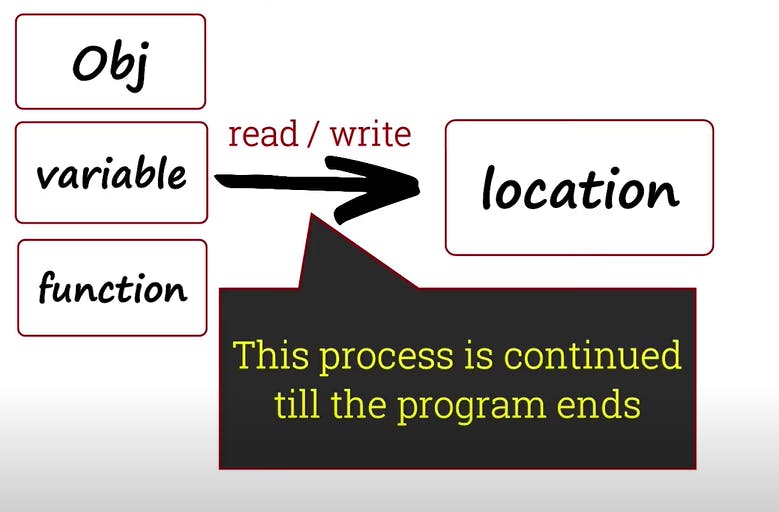 And when the program ends, free these locations or release the memory.

Low-level languages like C, have manual memory management. We will make use of commands such as malloc() and free(). In contrast, JavaScript automatically allocates memory when objects are created and frees it when they are not used anymore (garbage collection).

The main concept of memory management in JavaScript is reachability.

Simply put, “reachable” values are those that are accessible or usable somehow. They are guaranteed to be stored in memory.

There’s a base set of inherently reachable values, that cannot be deleted for obvious reasons.

These values are called roots.

Any other value is considered reachable if it’s reachable from a root by a reference or by a chain of references.

For instance, if there’s an object in a global variable, and that object has a property referencing another object, that object is considered reachable. And those that it references are also reachable. Detailed examples to follow.

There’s a background process in the JavaScript engine that is called garbage collector. It monitors all objects and removes those that have become unreachable.

Starting from the root, the garbage collector traverses the objects and marks them as visited. The objects which are unreachable from the roots are unmarked and considered garbage (memory reserved for these objects is later freed).

Fruit contains a reference to the object: 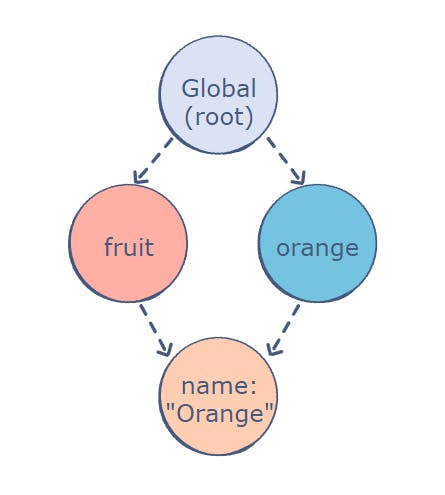 fruit no longer contains a reference to the object. However, it is still reachable from orange and cannot be treated as garbage. 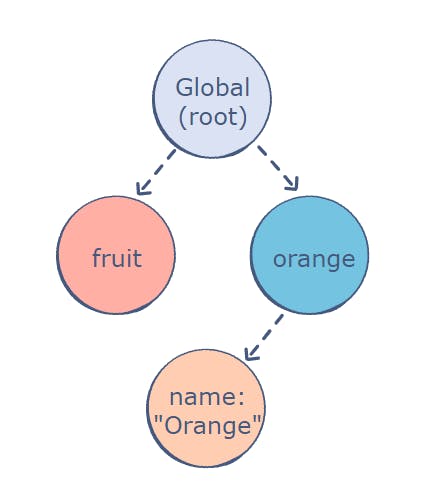 orange no longer contains a reference to the object. The object is now unreachable and the memory that it occupied will be declared safe for reuse by the garbage collector. 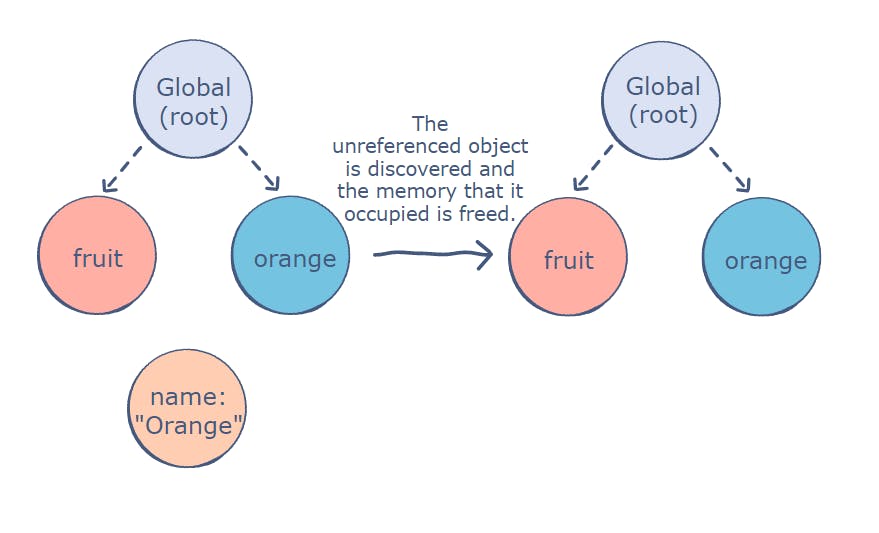 We came to an end of this article. Hopefully you have learned something new today.